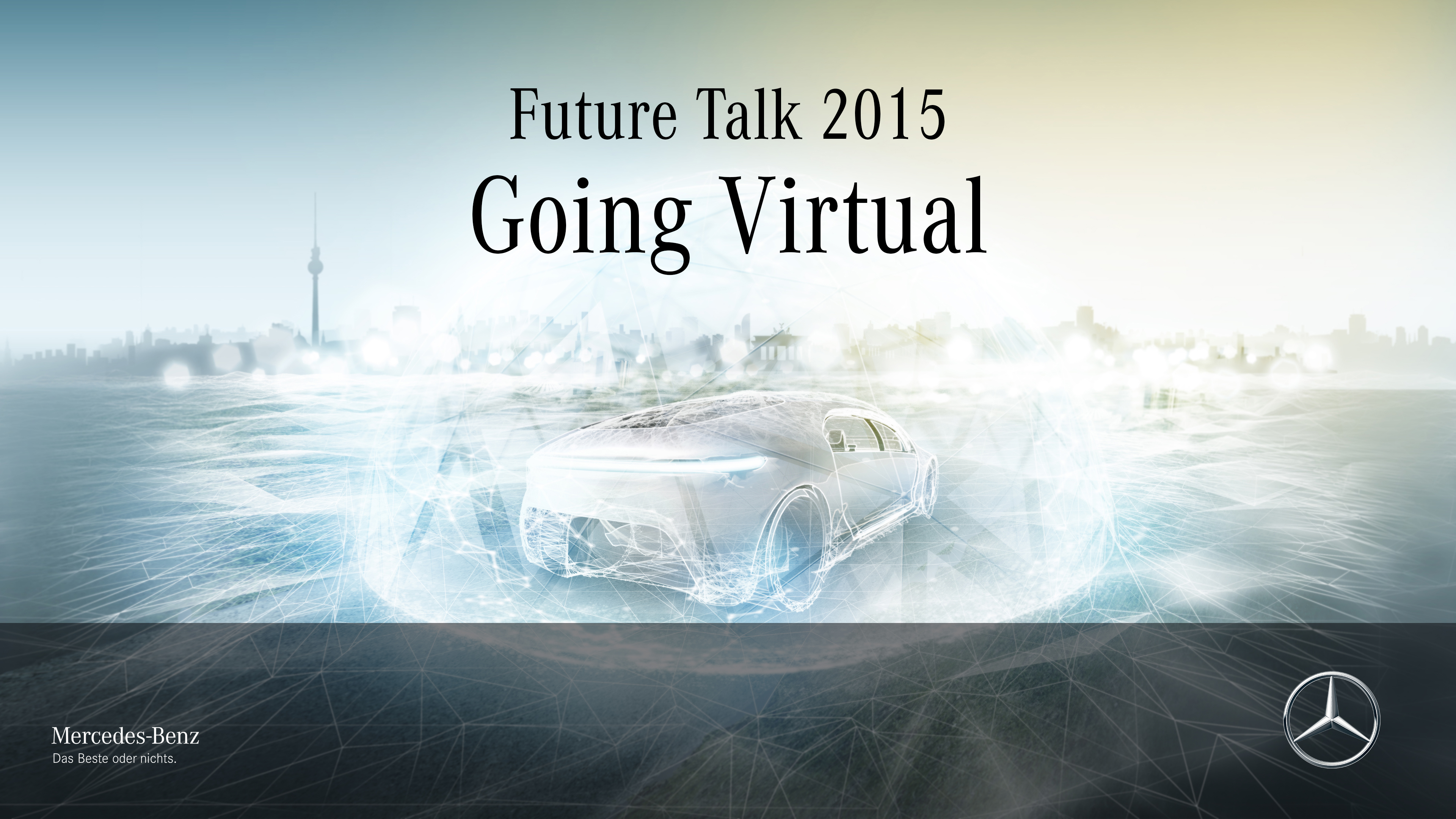 How will the automobile of the future become a means of transport between reality and cyberspace? This is one of the questions which Mercedes-Benz discussed with engineers, designers, scientists and journalists at this year’s Future Talk event. After Utopia and Robotics, the third Mercedes-Benz Future Talk was dedicated to virtual reality: the virtualisation of the vehicle interior as a new perception horizon in the mobility of the 21st Century.
Under the motto “Going Virtual – the Automotive Experience of the Future”, representatives from Mercedes-Benz discussed the role of virtuality in the digitised automobile with journalists from various media and interdisciplinary experts. The experts at this year’s Future Talk included Anke Kleinschmit, head of corporate research at Daimler, Ralf Lamberti, responsible for User Interaction and Connected Car at Daimler, Cade McCall, a psychologist at the Max-Planck Institute for cognitive and neuro-sciences in Leipzig, Alexander Mankowsky, future researcher at Daimler and Prof. Erich Schöls, interaction designer and scientific head of the »Steinbeis Research Centre Design and Systems« in Würzburg.