To get an permanent impression at a trade fair you either have to present a real technological innovation or a strong, visually well-staged message. In the best case you can offer both, but without any question the performance should be impressive.

In our concept for the Coperion K 2019 booth the topic of »circular economy« and also the message of a complete supply chain was communicated through a large interactive 360° display. The interactive ring was made out of more than 100 curved LED panels inside and had a diameter of 9 and a height of 1.6 meters. Due to its size, this »halo-screen« was visible from a great distance and because of its unusual inclined hanging the effect was very impressive.

Besides large-format 360° film sequences, interactive contents and three-dimensional system-simulations were presented. The ring was controlled by a gesture interface – intuitive hand movements were used to navigate through the 54 square meter screen area. The immersion of the realtime 3D-scenes was impressive. 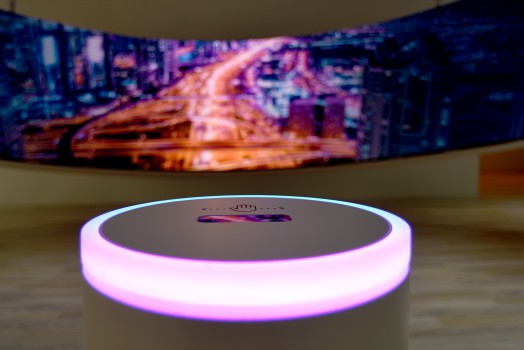 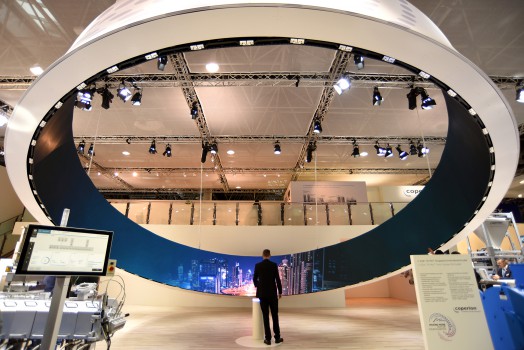 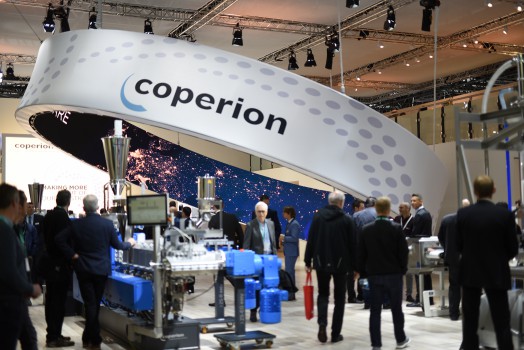 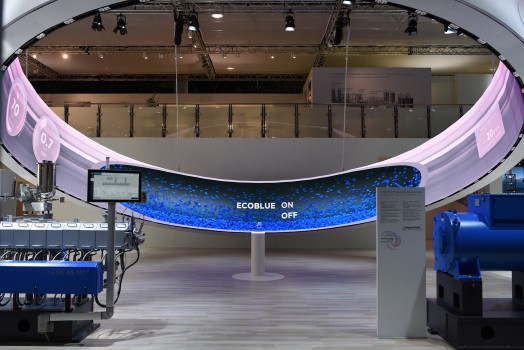 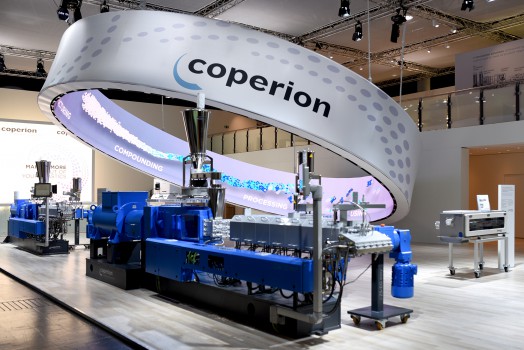 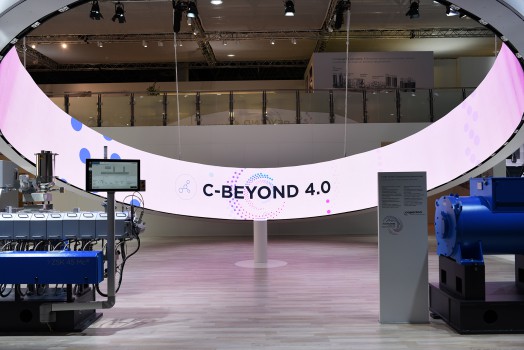 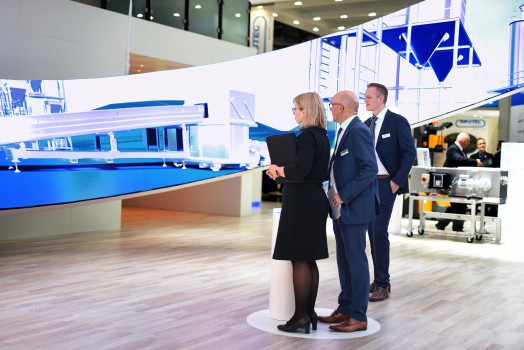 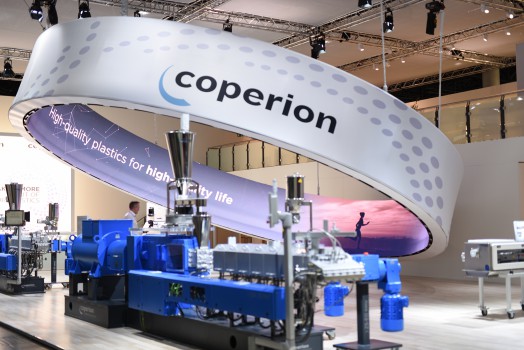 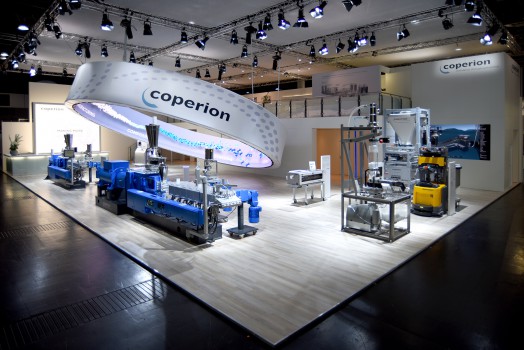 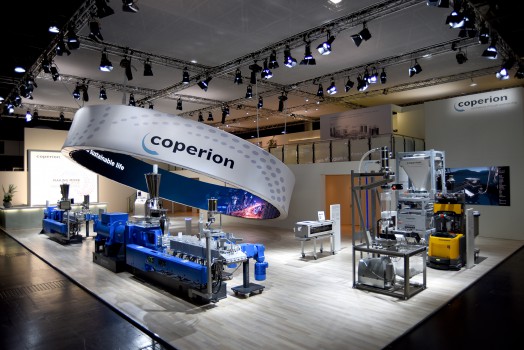 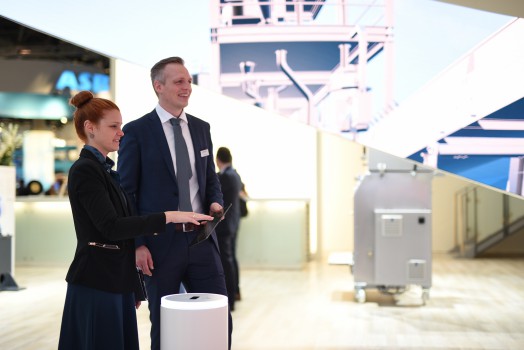 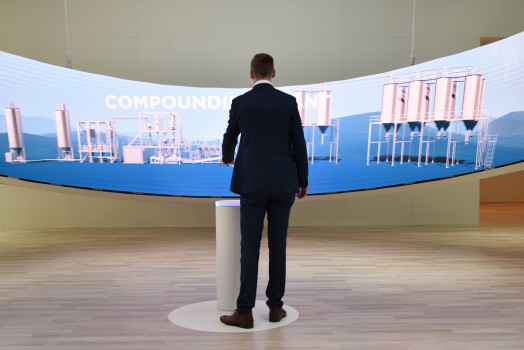 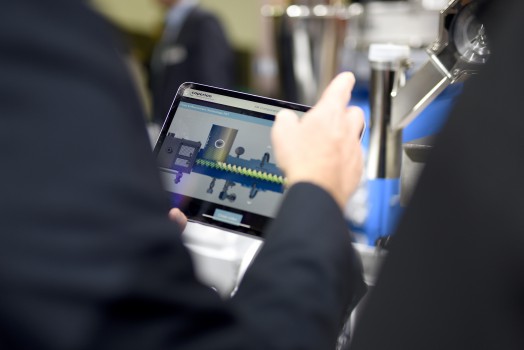 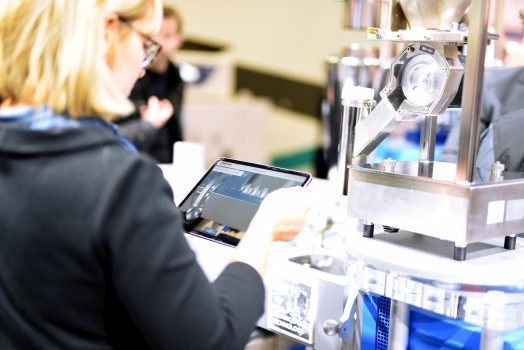 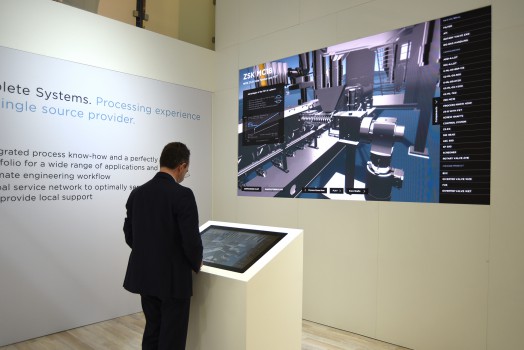 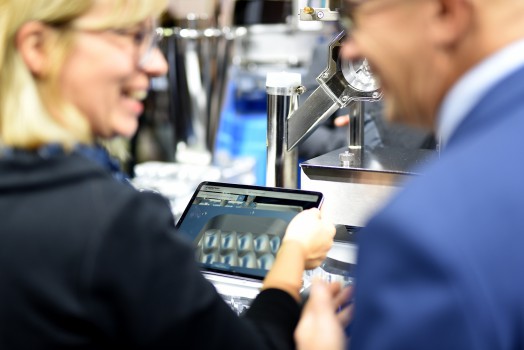